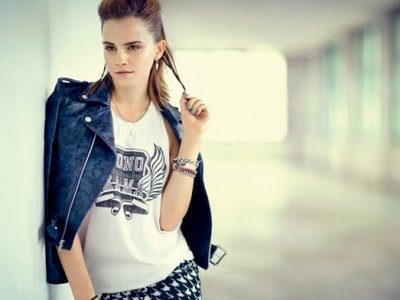 One of the most famous companies in the world is among the many companies started by college students. Larry Page and Sergey Brin founded Google in 1996 while they were both working towards their PhD at Stanford. They came up with the idea while writing a research project for their studies and originally called it “BackRub.” Eighteen years later, Google is changing the world and remains the #1 search engine around the globe.

When he was 22, Alexis Ohanian came up with the idea for Reddit while at the University of Virginia. He worked with Steve Huffman to create Reddit as the famous social networking site we know today. A year after it was founded in 2005, it was acquired by Conde Nast Publications and has grown so much over the years that Reddit now has over 1 million visitors a month.

What would the world be like without this late night cookie delivery service? I don’t want to imagine a world without Insomnia, and thanks to Seth Berkowitz, we don’t have to. Berkowitz started baking cookies while a junior at U-Penn in 2002. After so many people wanted some of his delicious late night cookies, he decided to turn it into a business.

Not many of the top computer companies in the world got their starts in a dorm room at the University of Texas-Austin. But Michael Dell didn’t start just any old company, he started Dell computers. He started his own business in 1984 by selling IBM PCs out of his dorm room and eventually created his own computer by 1985. Just a few years after that, Michael Dell was the youngest CEO of a Fortune 500 company.

We all know the Facebook story of how Mark Zuckerberg started the most popular social media site from his room at Harvard in 2004. But you might not know that it was initially started as a way for students to blog about female students. Just 10 years later and Facebook has taken over the world and is a $3.75 billion corporation.

Where would the world of blogging be without the wonderful help of WordPress? It was founded by a freshman at University of Houston, Matt Mullenweg, who wanted to make it easier to create websites.

Fred Smith came up with the idea for FedEx in the '60s while writing a paper for an economics class. It presented a plan of a delivery service that worked overnight. His professor gave him a “C.” The joke is on the professor because now FedEx is one of the top delivery companies in the nation and makes around $37 billion a year.

The success of these companies is so inspiring to me as a college student because it shows that I don’t need to wait to graduate before starting a company that can one day be a huge world player. College students are just as capable of running a business as graduates are. What did you think of these companies started by college students? What are some other great companies started on college campuses? Do you think it is beneficial to start a company while on a college campus or to wait until you are older and have more experience?