7 Things You Need to Know about the Redesigned SATs ... 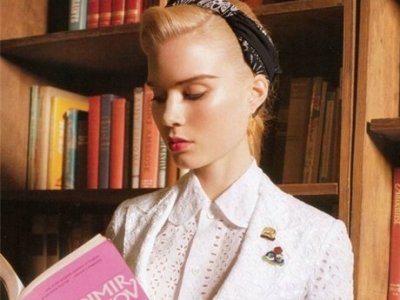 You have probably already heard some news on the redesigned SATs. As if high school students didn’t have enough to worry about, the College Board recently announced radical changes to the most influential test for college admissions. Although this and next year’s graduates have nothing to worry about, the students who plan to take the SAT in 2016 have to prepare for a newly redesigned test. Whether the redesigned SATs are an advantage or a disadvantage for American education is still up for debate.

Since 2005, the SAT consists of three sections of writing, reading and math. Each section is worth 800 points, altogether adding up to a perfect score of 2400. However in 2016, the perfect score will be scaled to 1600 points. Although this feature of the newly redesigned SATs doesn’t seem that major, it is still throwing off many students off their game.

2 The Test Will Be Available in Digital Form

The SAT has only been previously available only in paper form, however in 2016 the test will also be going digital. A digital version of the test can definitely be a blessing and a curse for the test takers. Although today’s students prefer technology to paper-and-pencil testing, they might stumble upon some problems when it comes to the mathematics section.

Instead of having to memorize a bunch of words that you would probably never end up using, future SAT test takers will only have to focus on more day-to-day vocabulary. College Board has decided to focus on words that are widely used in college and workplaces. One of the major problems for the test-takers in the past was the obscure vocabulary, therefore this appears to be one of the perks to the newly redesigned test!

4 Fewer Math Topics with No Calculators

Currently the math section includes several topics from algebra, geometry and trigonometry, but the future test will cover fewer topics in greater detail. In addition College Board will restrict the use of calculators on some of the math sections so that students can demonstrate their true understanding of the technique instead of just plugging in the answers.

5 No Penalty for Wrong Answers

Usually the SAT penalizes students for their wrong answers by taking away ¼ of a point, but now College Board will not deduct any points for incorrect choices. It will now be beneficial for students to guess on a hard question instead of skipping it altogether as that they have a slim chance of guessing the question right without any penalty for wrong answers.

6 Answers Must Be Supported

While in the past test-takers just had to select answers from multiple choices that most supports their position, future students will have to provide further evidence to corroborate their statements. For example they would have to provide concrete answers and even cite specific passages to strengthen their position.

7 The Essay is Optional

While the current SAT includes a mandatory 25-minute essay, College Board decided that it doesn’t help to predict student’s future capabilities in college in any way. Therefore they are making the essay portion of the test optional and grading it separately from the test. However colleges get to decide whether they want to require an essay for their applications.

College Board claims that the newest version of the test is more practical and fair,and it will test the knowledge that is most important to prepare students for the rigors of college. What are your thoughts on the new format of the SATs?