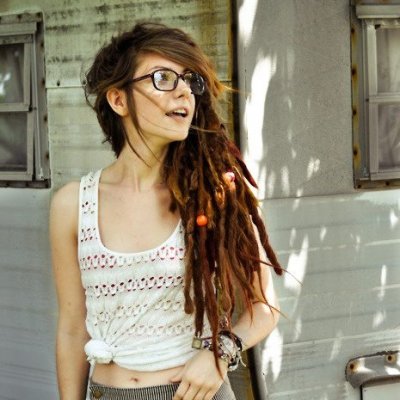 I was an awkward teenager. Nothing really fit together properly; I was shy and not at all confident. I suppose most people are. I wouldn't relive those years for anything, but I wish I'd known what I know now - about myself, about life in general. I'm sure I'll say the same thing about right now in ten years’ time, but such is the unfairness of life. There are a few things in particular I wish I’d known and I wanted to share them here because, if any of you are struggling with any of these things now, I promise you that they won’t seem so important in a few years’ time. Really.

1. If You Don’t Know What You Want to Be

How many times are we asked in school and then college what we want to do ‘when we’re older’? Few people are lucky enough to know exactly what they want to do (and even fewer are lucky enough to actually do it) so if you have no idea, it really doesn’t matter. I’ve been working for three years and I still don’t know what I want to do. Concentrate on finding out WHO you are, not what you want to be.

2. If You’re Worried about Sex

However far we’ve come as a society – and however many sexualised images are stuffed down our throats on a daily basis – we’re still pretty prudish when it comes to talking about actual, sweaty, sometimes-awkward, sometimes-amazing sex. It is such a big deal if you haven’t done it yet. You worry about why you haven’t, when you’re going to, whether you’ll be terrible. Three things – 1: once you’ve done it, you’ll wonder what the big deal was. 2: It’s never worth doing something you don’t feel comfortable doing. 3: Everyone is pretty bad at first.

I hated how I looked when I was teenager – hated it. I looked in the mirror every day and would feel like crying because I hated the person I saw. You won’t always feel like that. You aren’t the only person who feels that. Your perspective changes as you get older; you won’t be so hard on yourself – and you will change. There aren’t many people who go from the age of 13 to the age of 19 without an awkward in-between stage.

4. If People Pick on You

Count how many times you’ve stuck up for yourself in your life. How many times has someone made a spiteful dig, or tried to humiliate you, and you’ve said nothing because you don’t want to make it worse? It’s probably not very many. It seems like a big deal now, but you’ll stop caring in a few years. You’ll probably see those people in the future and you’ll expect that they will have grown up like you have. They most likely won’t have – but you won’t care anymore (a part of you may – justifiably – hate them forever, though).

5. If You Feel Different

This is the one thing that annoys me the most when I think back. Since when was originality (proper originality, not just saying you’re original whilst conforming to an acknowledged social group) not a good thing?! Being clever is GOOD. Being different is GOOD. In the future, people will admire you for it.

The first guy that left me crying every night and writing his name all over my stuff (cringe)? I look at him now and I’m like HOW. HOW. You will probably do the same. It feels like you will never feel OK again. You will. You have so much time to find someone who makes you feel like you’re walking on air – this guy isn’t even a stop on the way. He’s like a little bump in the road. That’s all.

This is the most important thing. When there’s a serious problem, we all tend to try and struggle through it on our own, even as adults. When I was younger, I found it even harder to talk to people because I wasn’t sure who I could trust, who would think I was silly or who could help me. Your parents are humans – your teachers are humans – and your friends may be dealing with their own stuff, but they do care about you. You are not alone.

I hope this helps in some small way. If you’re ever feeling a bit hopeless, the author John Green has an absolutely amazing Youtube video that I WISH had existed when I was at school. It’s called ‘On Middle School Misery.’ Go watch it! What do you think is the hardest thing about being a teenager?