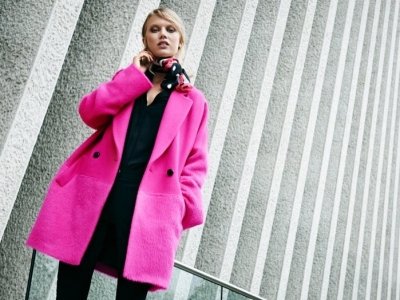 There are plenty of ways to deal with rumors that will provide for a happy high school experience. Rumors can, and often do, ruin young girls’ lives. You don’t want to be another victim of vicious rumors, and you don’t have to be! Even though rumors are almost unavoidable, if you keep in mind these ways to deal with rumors they won’t have too much control over your life!

When a forest fire starts, the best thing to do is extinguish it when it’s still just a few flames. But once it’s allowed to spread throughout the wilderness, it destroys everything in sight and cannot be easily controlled. The same is true for rumors, which are often described as “spreading like wildfire”. That’s why one of the most effective ways to deal with rumors is to snuff it out before it spreads from the Freshman to Senior class. In order to do this, begin disproving the rumor as soon as you hear a whisper of it, and ask your friends for back up. It’s easier to contain a rumor when it’s small, so if a rumor starts in first period, make sure it ends there too.

Venting helps immensely when dealing with rumors. Unloading how you feel about all of the cruel gossip roaming your school helps relieve some of the stress. So talk it out, with your siblings, friends, parents, or someone else who you know will listen. They’ll help reassure you that senseless rumors don’t define who you are, and in the end you’ll feel much better!

It definitely takes a lot of willpower not to resort to vengeance after a rumor has spread about you. In order to distract the attention from yourself, you may desire to spread a rumor about someone else. But this will simply lead to a war of the rumors among you and the people around you. More rumors will emerge about you, simply to turn the attention back onto you. No good ever comes out of revenge, so it’s better just to let rumors die down naturally.

People are more likely to disregard rumors after you’ve refuted them with concrete evidence. Just like on law shows, your case will be stronger with a credible alibi, who defends your truth. Find a trustworthy friend who can vouch for your character, or better yet your whereabouts on the date in question. If rumors are circulating about something you did a certain day, but you remember being with a friend on that day, that might just be enough evidence to destroy the rumor on the spot!

People gossip because they think they should. They figure whatever the latest news is is something they should care about, and that everyone cares about it. But when you, the center of a rumor, refuse to acknowledge its existence, people will wonder why they should care. In the end, if you don’t care, no one will.

6. Find the Source and Confront Him/her

Every rumor has a beginning, and once you find the beginning, the end is not far. If you can find out who started the rumor, you should confront them immediately. Don’t make too big of a scene or make the gossiper cry, but call them out as you see fit. This will shock them and hopefully teach them a lesson. Demand that they stop spreading their lies and, once they do, the rumor will die down quickly.

You know yourself better than anyone else at your school. Rumors can’t get to you if you know there’s no inkling of truth to them. Of course, it hurts to listen to people spread lies about you, but at the end of the day they are just that - lies. Rumors don’t define who you are, and when you know yourself well enough, you’ll learn how to rise above all the nonsense of rumors.

No one appreciates being the victim of a nasty rumor, but you can ensure that no rumor has too great of an impact on your life by trying out these simple ways to deal with them. You can’t stop your peers from gossiping about you, but you can always control the way their rumors affect you. What other ways do you deal with rumors?