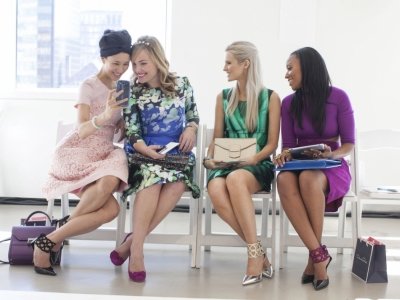 1. Get Mad at Friends for Hanging out with Other People

We have all been in a situation when we caught our friends hanging out with other people without us and we let our jealousy get the best of us. It is human nature to want to be included, but if your friend wants to socialize with someone outside your circle, let them! Restricting freedom is one of the top things you should never do as a friend. After all just because you are best friends doesn’t mean that you always have to be together. Plus you can also spend that time opening your mind to other people that you would otherwise not get the chance to know.

2. Flake out on Every Plan

Don’t you just hate when your friend keeps flaking out on every plan that you make with him or her? Once is understandable but several times makes you wonder whether they are just making excuses. So don’t do the same thing to your friends and instead give a clear ‘yes’ or ‘no’ and stay true to your word.

Posting a status about your friend right after having a heated argument doesn’t demonstrate a high maturity level. Yes, you might be mad and hurt but posting a status that is obviously directed toward them will not make things better. Instead take time to cool off and later approach them in a calm manner to talk everything through.

4. Vent about Them to Other People

For some people venting is the most effective way to deal with their problems and while it can be cleansing, it can come back and bite you. Say the wrong thing to the wrong person and the problem can escalate, and information can get misinterpreted. Therefore it’s best to stick to the classic pen and paper!

Whenever it comes to any type of relationship the “Do onto others as you would have them done unto you” motto really makes decisions much easier. Putting yourself into someone else’s shoes and seeing things from another perspective can be eye opening. So unless you yourself wouldn’t mind being excluded from a group hang out, don’t do the same to someone else and instead bring people together! After all, the more the merrier!

Sometimes we do it unintentionally, sometimes we do it on purpose, but either way criticizing your friends is just completely unjustifiable. Your friends seek support and love from your friendships, and criticism is just not part of the equation. As flawed and out of place your friend may be, he or she shouldn’t hide their imperfections from you and you shouldn’t encourage them to do so.

Having small arguments here and there is healthy in every friendship, but no one should ever hold grudges for longer than a couple of days. You should know when to pick your battles and whether it is worth putting your friendship in jeopardy. So as the recent Disney movie Frozen says, let it go!

Friendships take a lot of mutual work and there are certain things you can do or not do that can distinguish you from just plain acquaintances. What are some other things that one should never do as a good friend? Share your thoughts in the comments.