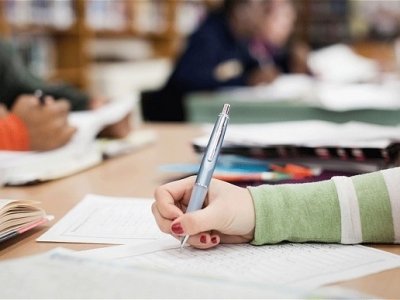 English teachers grow tired of seeing these things to avoid in an essay time and time again. In order to save your teachers unnecessary pain, and help your own grade, you should keep in mind these things to avoid when writing an essay. If you remember them at the time of your next essay, you're bound to impress your teacher and sound like a much more mature essayist!

Example - "The author doesn't wanna offend his audience or he'll lose his following."

Contractions are a common example of colloquial language- everyday talk- seeping into scholarly writing... That's a bad thing! Contractions are one of the most important things to avoid when writing an essay, and also one of the easiest! All you have to do is peel two words apart so that your writing sounds professional and serious. This will show your teacher that you care, and he or she will be much more willing to give you an A!

Example - "So the author thinks it would be pretty cool if his audience just like abided by his lessons and stuff."

If anything convinces your English teacher that you don't care about your essay, it's using slang. And if you don't care about your score, why should your teacher? That's why it's imperative that you avoid all slang in essays. The English language is full of sophisticated, eloquent diction that you can use in place of words like cool, legit, and other words of the same family. Scholarly words take your essay to the next level, while slang hurts your voice as a writer.

Example - "I agree with the author's thesis, but I think I'd argue a different stance."

Using "I" in an essay limits the perspective of your argument, affecting the overall appearance of your essay. You're probably better off saying something along the lines of "One can argue that..." if you want to assert an opinion other than the author's. "I" is a give-away sign that your writing lacks maturity, so try to avoid it.

Example - "Since the author recently got out of prison, he has no right to write about morals and therefore his argument is invalid."

There are as many types of logical fallacies as there are shades of gray, but all of them are equally dangerous. Attacking someone's character instead of their argument is one of them, among others. At some point in your high school career, one of your teachers probably advised you against logical fallacies, but they're easy to forget. Just make sure that when you're writing an essay, you avoid saying things that may be false or irrelevant in an attempt to strengthen your argument, because in the end you'll just detract from the main point.

5. Going off on a Tangent

The tangent may never end! We're all guilty of going off on a tangent at times, even your teachers. It's natural to want to write down every thought that you have, but you always need to keep in mind what the prompt is that you're writing to. Rambling on about a party, your friend Mary, and your favorite foods won't earn you an A on your essay. It will only communicate to your teacher that you've run out of relevant points to include in your essay, so now you're going to tell a story. Well-written essays are always focused and on task, so make sure yours are too!

Example - "All of Jane Austen's books are the best books, not only from 19th century England, but from all of history."

I won't deny that Jane Austen was a talented author, but the best? That's completely subjective and over-dramatic. Overdramatizing a topic makes you sound like an elementary writer rather than a seasoned essayist, and your grade will reflect that! Don't try to impress your teacher by being over dramatic; present the facts artfully and you'll be on the road to success!

Example - "Everyone knows that Eleanor Roosevelt set a precedent for all future First Ladies by being an active member in her husband's inner circle of advisors."

Actually, "everyone" doesn't know that. Making assumptions seem like the easy way out of explaining difficult concepts in an essay, but it isn't always wise to jump to conclusions about your audience. Of course, your teacher is an educated individual and probably understands all of the assumptions you make, but it's still bad form. A better course of action is probably saying, "historians believe that" or "notable sources consider" when introducing a fact that you believe should be common knowledge. It's never wise to make assumptions about your audience, so to earn the best essay grade possible, try not to!

Essay writing is an important skill to develop when you're a teen, but there are tons of things to avoid in essays that many students ignore! Don't overlook these simple but common mistakes in essays.

Which of these are you often guilty of? Do you have any other tips for budding essayists?