If you're deciding what to study at college or thinking of taking an evening class, there are many good reasons to study science. Science is often seen as male-dominated, and something that men are more suited to. But women are every bit as capable of doing well in science-related subjects, so if you're interested in science don't be put off by anyone telling you it's not for girls. Here are some sound reasons to study science …

One of the top reasons to study science is that it opens up so many careers to you. There will always be a need for medical staff and engineers. A background in science is a requirement for many other careers as well. So taking science-based courses will be of immense value to your career prospects.

Science is very relevant to our lives. We take services like water and electricity for granted, without thinking about how they reach our homes. Everything from the distribution of the goods we buy and the way our food is grown has scientific applications involved. So do the medicines we take and the cars we drive. So studying science allows us to learn more about these topics. 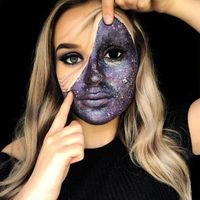 Look Either Spooky or Sweet with These 25 Halloween Makeup Ideas ... 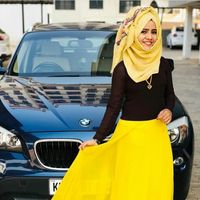 How to change your life in 3 months

Women tend to be under-represented in science-based careers, perhaps because girls are steered away from these 'unfeminine' fields. More girls studying sciences will help close this gap. Many science careers are well-paid, so studying these topics will help close the pay gap as well (women as a whole earn less than men).

If it's hard enough for girls to study science now, imagine what it was like in the past. But many determined women managed to learn about the sciences in spite of the difficulties in accessing education; these role models include Ada Lovelace, Margaret Cavendish, Elizabeth Blackwell and Caroline Herschel. As far back as Ancient Greece, women were studying science. So why not follow their example?

Given how deeply computers are entrenched in our lives, studying computer science will lead to many career possibilities. There will likely be increasing demand for people to write programs and apps. So it's an incredibly useful subject to study, and also offers the possibilities of flexible working.

While women in science can't all make grand contributions to the field, there's no denying that science has more practical applications than the arts do. And don't we all like the idea of making a difference? So you may be able to produce something that makes a difference to people's lives.

There's no sound reason why women shouldn't study science; the assumptions that it's unfeminine and that their minds aren't suited to the subject are very dated. So why not consider a science career? You'll not only be doing your own prospects a great deal of good, but you'll be helping to challenge the stereotypes and pave the way for other women to follow.

So don't be daunted about the idea of going into science; if you have a genuine interest in the field, then you should explore the possibilities. It could lead to a lucrative career - and will help show that women are every bit as capable as men when it comes to scientific knowledge. Have you encountered any prejudice against girls studying science?

makeup
Look Either Spooky or Sweet with These 25 Halloween Makeup Ideas ...
love
7 Fab Tips to Follow when Moving in with Your Long Distance Boyfriend ...
shoes
4 Stylish Black Balmain Pump Shoes ...
celebs
Andy Dick Giveaway Contest
lifestyle
How to change your life in 3 months

What foods produce serotonin ...
How to lower glucose ...
Which food is good for skin ...
How to decrease body fat mass ...
Is rebel bod legit ...
What foods do diabetics need to avoid ...
Is tomato a fruit or vegetable why ...
Why is bread bad for you ...
How to compliment a man in bed ...
What food brings down blood sugar ...