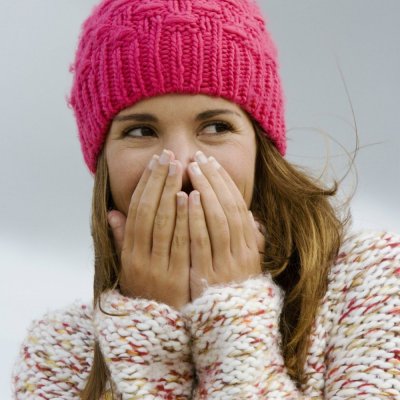 I used to be absolutely terrified of blushing – and still am, I must admit (but just a bit). Just telling me that I was turning red was often enough to induce a deep state of fear and awkwardness. What I recently found out, however, is that blushing can actually be beneficial and is received much more positively than what you might expect. Here are just a few of the reasons why you shouldn’t be afraid of this natural response:

One of the reasons you shouldn't be scared of blushing is that people tend to trust you more and become far more open to you. The involuntary nature of a blush has led to scientists claiming that it is an “emotional signature” that practically tells other people you are a person who can be entrusted with valuable information and resources.

A unique and interesting study featuring a few young men calling each other various names showed that blushing reactions actually led to the forming of a stronger bond between them at the end of the exercise. According to experts, the study confirmed the increased level of honesty and trustworthiness that blushing was already associated with, and it also showed how blushing can lead to better friendships much faster.

Next time you blush, you may be interested to know that this unique human response is actually received in a far more positive way than most others. Researchers have conducted an interesting study to see how people responded to the image of virtual female opponents baring several different emotional expressions – including blushing. The results showed that most participants reacted more positively to the blushing image and that the emotional response is considered as a sign of caring for others.

4. The Way to Success

A recent article actually shows a very important reason why you shouldn't be afraid of blushing. It concluded that people who make social mistakes are more likely to get away with it when blushing, being judged more positively by their superiors and peers. Surprisingly, blushing can lead to increased confidence and even success.

Another unusual study presented a group of people who were made to blush. Their reactions varied, but one thing stood out at the end of the experiment. Both the blushing group and a control group were given a number of rattle tickets and told to share some and keep some for themselves. The result was the “blushing group” shared a lot more than their counterparts. Pretty neat, right?

6. Better Results with Dating and Monogamy

A curious reason why blushing shouldn't scare you is that it's more likely to get you better results when dating. Blushing is seen as – and often actually is – a sign of virtue, and when it comes to relationships, this translates to loyalty and an increased ability of doing well in a monogamous relationship.

7. Less Likely to Be Faked

Blushing is an involuntary response. Science shows us that, in the moment a blush is triggered, our body goes through a fight or flight response, and the result is an increased heart rate, quickened breath, dilated blood vessels, and – you've guessed it – rosy cheeks. This has led experts to conclude that blushing is one of the most genuine human responses, and it's far less likely to be faked than any other reaction.

Do you blush frequently? Which of the above points do you believe applies the most to your life experience and how comfortable do you really feel when it comes to turning red?