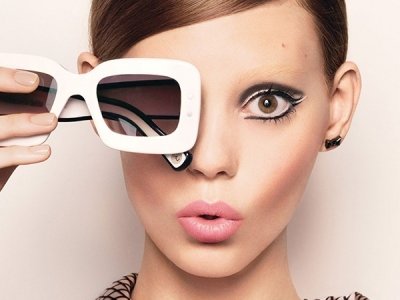 I dread hearing all of the misconceptions about teenagers from my parents, grandparents, and mentors. Older generations often view every teenager as the same, which isn’t at all accurate, so you shouldn’t feel bad when your great-grandmother accuses you of being any one of these things. While we all definitely share similarities, there are still plenty of common misconceptions about teenagers that don’t even begin to describe you!

1 We Don’t Know How to Communicate

One of the most widespread misconceptions about teenagers is that we don’t know how to communicate. Sure, our means of communication are different than older generations, because we contact each other through text, Facebook message, and Skype more often than not. But doesn’t that just mean that communication has evolved and we have with it? Today’s teenagers are multi-talented in communication if anything! Whether older generations believe it or not, teens can make a phone call and even hold a face-to-face conversation, as well as contact each other through a computer screen. Both are effective and keep teens active in their communities, so there really isn’t any reason for people to assume that teens don’t know how to communicate.

Every generation thinks the younger generation is rebellious and trying to “counter the culture.” Someday even you, when you're older and wiser, will look at your grandchildren and accuse them of being little rebels! But just because people perceive you as rebellious doesn’t mean that you are! Many teens still respect authority and have a desire to please their elders. Of course, all teens are trying to find their place in the world so it’s only natural to go against the flow every once in a while.

This is another major misconception about today’s teens! Sure, we all love our phones, computers, and TVs, but we can clearly survive without them! If you’re a teen, don’t worry too much about this misconception. Have faith in yourself that you know how to write by hand and read books, and readily defend yourself against any accusations to the contrary!

I won't hesitate to admit that our generation is a little bit spoiled. I started getting makeovers and manicures at a much younger age than my mom did, and even small luxuries like color TV and Blu-ray might make our generation seem spoiled. But in no way is this entire generation spoiled rotten. Teens today have more privileges than previous generations, but still must endure similar rites of passage like finding a first job and buying a first car. Some teenagers are spoiled more than others, but as a whole, teenagers today aren’t spoiled rotten!

I suppose we have the “YOLO” trend to blame for this misconception about today’s teens. Many older people perceive teens to be careless, and of course some are. But you don’t have to live up to that expectation! Some teens are extremely dedicated to their school work, and maybe even care too much! To disprove this misconception, you’ve got to work your hardest and remind members of the older generation that teens do care!

I do know some very ignorant teenagers, but most of my friends are extremely well-informed about current events! Many teens watch the news with their parents, and if not, read news articles online or discuss current topics with friends, just for fun. Teens today are so well-informed that they actually fear ignorance as much as older generations do. Anyone who believes otherwise is clearly hanging around the wrong crowd of teens!

Unfortunately, older generations will probably always accuse younger generations of being disrespectful. Still, as a teen I’m sure you know how inaccurate that assumption is! Teens understand that authority is important, and that people in authority deserve respect. Therefore, we try our best to respect our teachers, parents, and other elders. Teens may sometimes communicate disrespect, but it isn’t intentional. If you were raised right, odds are you know how to respect your elders!

It’s terrible to face all of the misconceptions about today’s teenagers, but you’ll have to eventually! I hope that being aware of them will shape your actions so that you can disprove these negative views so many people have about teens. You’re part of a great generation that is certainly going places, and taking the world right along with it! What are some other misconceptions about teenagers today you’ve heard frequently?